Pforzheim (Germany) – 15th of February 2022 – Provertha has launched a new tamper-proof connector in the M12 design for applications in industrial automation, especially for encoder housings that are exposed to high vibrations. Thanks to a patented press-fit section, this connector eliminates the disadvantages currently associated with screw-in connectors.

The specially slotted contour of the press-fit section allows significantly greater manufacturing tolerances and a more flexible press-fit section in the enclosure. Customers can configure the 90° cable outlet in their own products in such a way that the enclosures or the plug-in connections do not have to be further adapted in the final assembly of encoders or actuators.

The new Provertha connector enables a vibration-proof connection that is clearly superior to screw connections, especially in the case of high vibration. It is firmly connected to the customer’s enclosure, for example in the case of encoders, and cannot be manipulated by the end customer because – unlike screw connections – it has no width flat. The plug-in connection is extremely resistant to traction and ensures very high retention forces in the customer’s enclosure in a compact design.

Over the last three decades, the M12 connector system has established itself as a reliable, robust connection solution for fieldbus, sensor and Ethernet connections. Most flange connectors on the market have a thread for standard fastening. However, it is almost impossible to flexibly determine the position of the coding and thus the cable outlet for 90° cable connectors. Until now, large special versions with a locknut system were required for this.

The new Provertha connector, on the other hand, not only supports safe use but also the trend towards customisation. The customer can flexibly choose the direction of the cable outlet and align the connector entirely to the needs of the end customer. The connector with a press-fit flange offers a high degree of reliability during mounting. The position of the coding is marked on the flange with an indentation so that the orientation can be clearly identified when pressing in or attaching the cables. The new connector system is a safe, robust and flexible solution that once again lives up to the Provertha slogan “Fitting your Application”. 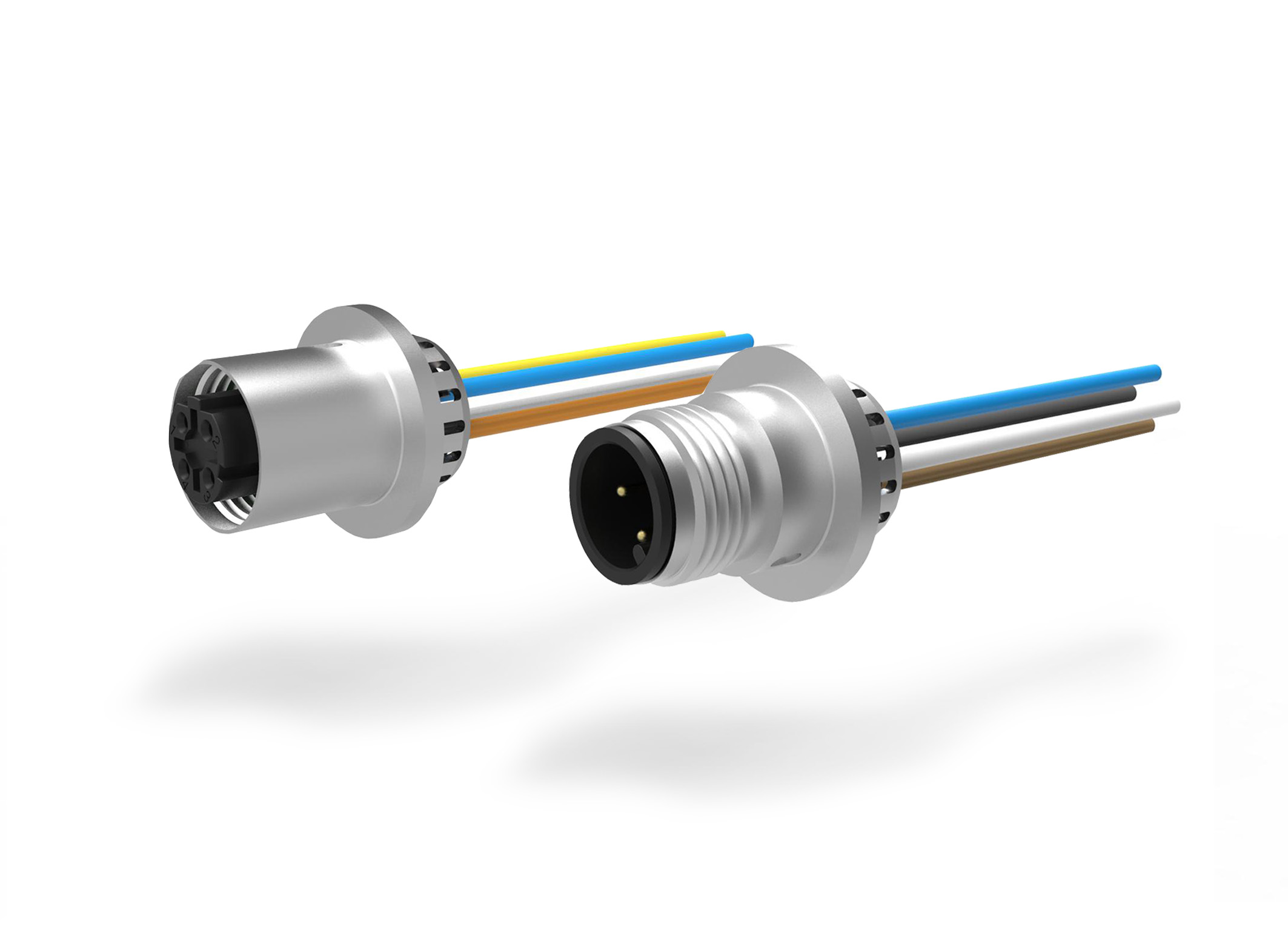 PROVERTHA Connectors, Cables & Solutions GmbH, a privately-owned business founded in Pforzheim, Germany, in 1981, has more than 800 employees at four locations in Germany and Hungary. Among the many customers from 45 countries are companies from the automotive, aerospace, healthcare, and electronics markets. A tight network of distribution partners ensures customer proximity and competent technical service.

PROVERTHA’s large range of products and services include standard and special connectors with an extensive range of accessories, including data cables, harnesses and cable looms as well as complete solutions for plastic moulding and tool making. By means of an online order service, even small order quantities from the comprehensive product catalogue can be delivered on time. A QS9000, DINISO 9001 and IATF 16949 certified quality management together with a UL certified cable assembly guarantee high product quality. The ISO 14001 certification of our manufacturing sites ensures the environmentally friendly manufacturing of our products.

M12 adapter from PROVERTHA with X to D and D to X coding simplify retrofitting...
Scroll to top